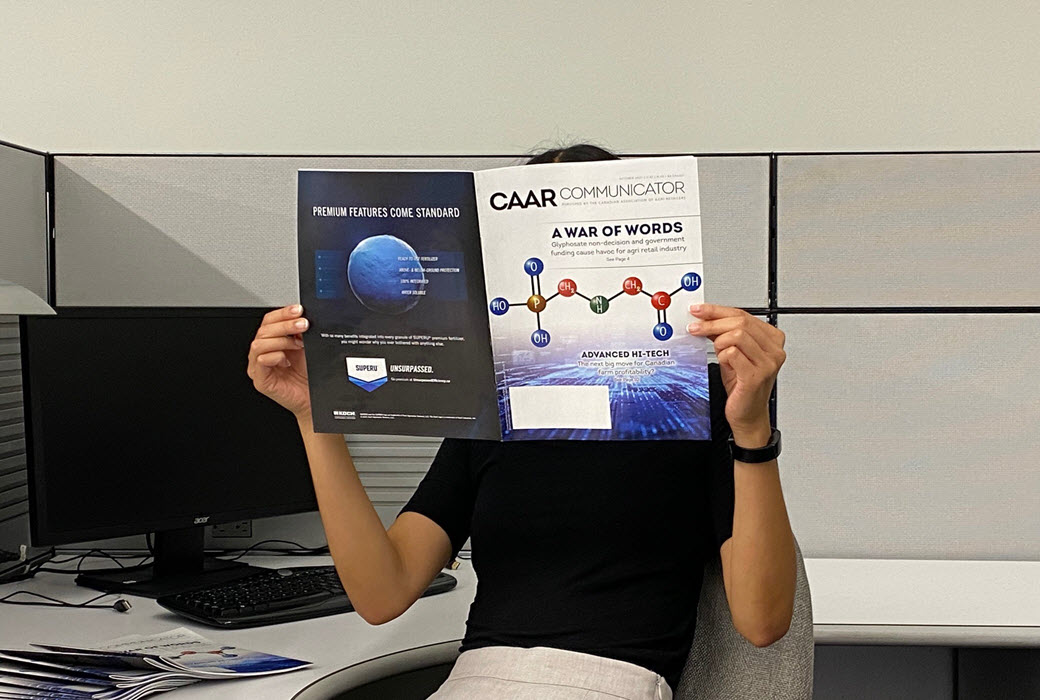 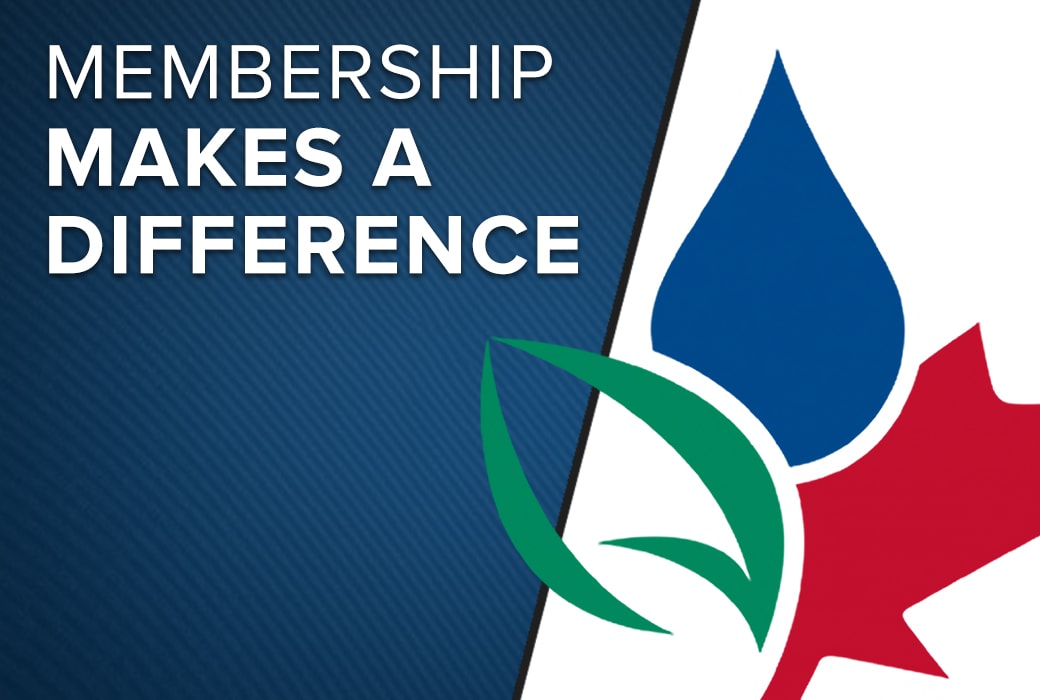 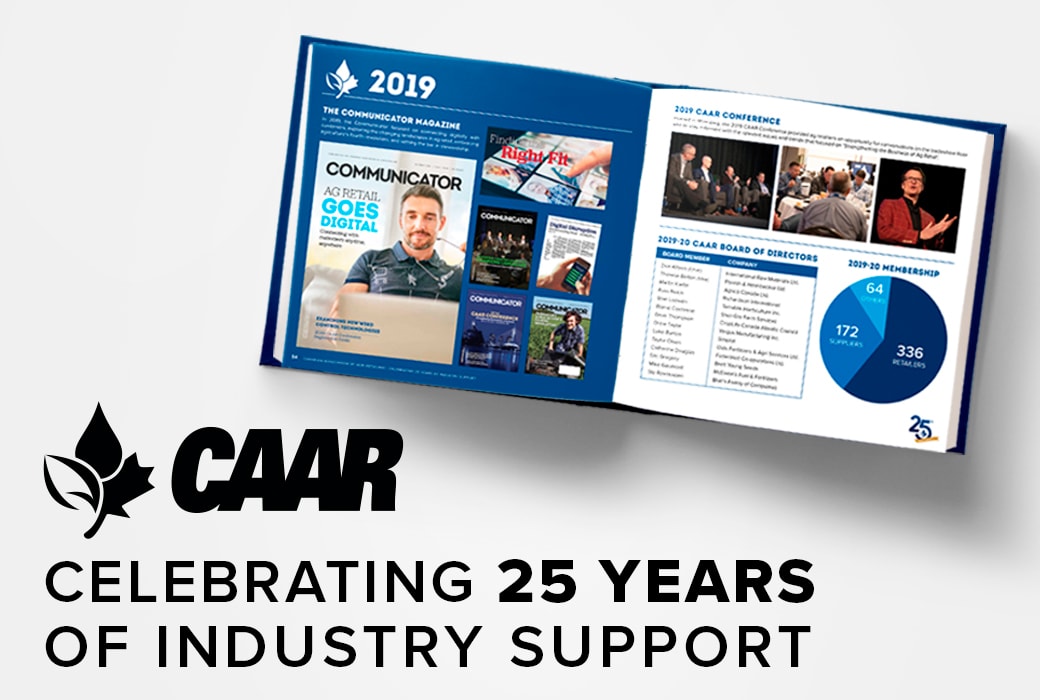 CAAR’s 27th Annual Conference
Currently CAAR is planning to host an in-person conference to be held February 8-10, 2022 in Edmonton. The theme of our 27th Annual Conference is Resilience: Adapt & Advance. CAAR staff and Conference Committee are continuing to finalize the agenda roster of speakers. Once finalized, this information will be shared in the CAAR Network at www.caar.org and via Twitter (@CdnAgRetail). Those interested in sponsorship opportunities or exhibiting at the conference, please contact Scott Van Alstyne via email at This email address is being protected from spambots. You need JavaScript enabled to view it. or 204-989-9305.

Board of Directors Nominations Now Open
CAAR is now accepting nominations for its 2022-23 Board of Directors which will be confirmed during our AGM—date and time to be announced. Lending your time and expertise to the CAAR Board gives you an active and rewarding role in shaping your industry. For more information, please email This email address is being protected from spambots. You need JavaScript enabled to view it. to nominate yourself or a colleague.

The 2022 CAAR Awards - Nominations Are Now Open
The CAAR Awards highlight the achievements and dedication of CAAR members who serve their community and the ag retail industry. The awards celebrate excellence in various areas of retail management, agronomy, 4R nutrient stewardship, and lifetime achievements. The categories for the CAAR Awards are: Agronomist of the Year; Retailer of the Year; 4R Nutrient Stewardship Agri-Retailer Award; and the Retailer Hall of Fame. For more information about award nominating, contact Lady Gabilo at 204-989-9304, by email: This email address is being protected from spambots. You need JavaScript enabled to view it. or visit
www.caar.org/caar-conference/caar-honour-roll.

2021 – 22 CAAR Membership
CAAR would like to thank all members who have already paid their membership fees for 2021-22. We would also like to welcome new CAAR Members, Farms.com and Arva Grain Corp. CAAR is the only national association representing the interests of and addressing critical issues facing ag retailers today and is entrenched in the issues that impact your business—making a difference for our ag retailer and supplier members.

If you have not yet renewed your membership, payment can be made online or by cheque, sent to the CAAR office. For more details about CAAR membership contact Scott Van Alstyne at This email address is being protected from spambots. You need JavaScript enabled to view it. or 204-989-9305.

Canadian Food Inspection Agency (CFIA)
The CAAR Advocacy Committee initiated a direct meeting to better understand and provide retailer perspective to Potential Over-Formulation of N [Nitrogen] and P [Phosphorus] in Fertilizers sold or imported into Canada. CFIA has identified instances of over-formulation of product nutrients identified. The Committee reached out to better understand the rational and support the confirmation and breadth of the potential issue. CAAR Committee members will participate in the CFIA working group providing retail industry’s input to inform the environmental safety assessment and any ensuing risk management options that are deemed necessary.

Fertilizer Canada and CAAR Interaction
The two groups are working on a Liquid Storage Working Group and a 4R Working Group – Prairie and Ontario CCA board engagement. The groups are ensuring proper alignment of communications and advocacy support, and positioning 4R fertilizer management principles to address GHG’s from farm field applications.

CAAR Training Committee
Committee is working on the development of alternative training solutions (due to COVID-19 constraints), supporting continuing education and certification associated to ammonia handling.

Cereals Canada MRL Assessment Committee
This meeting assessed the trade risks for pest control products of interest proposed for use in the 2022 growing season as per the Canada Grains Council Domestic Use Policy. Another meeting of the committee will be organized in December 2021 to review additional pest control products.

It is Time to Stop the Fear Mongering

Growing with marketing campaigns of agriculture food products in Canada and internationally is the increased utilization of fear as a marketing weapon. Statements of non-GMO, grass fed only, organic and antibiotic-free create doubt and fear in the minds of the consumer. Are the products I purchase and consume less nutritious or harmful to our families?

Get to Know the CAAR Board: Blaine Cochrane

CAAR Communicator chatted with Blaine Cochrane, Sales Manager with Shur-Gro Farm Services in Brandon, Manitoba to learn about the person and career, his leadership within the ag retail sector, and why he decided to become a part of the CAAR Board team. Oh, and something about mountains.

An announcement by the Government of Canada of a delay in changing glyphosate MRLs and its new financial investment in PMRA has the agricultural community worried of a new slippery slope—politics.

The UK and EU have issues with its organic farming that threaten to eat itself. Who’s to blame and why? European standards are driving reductions in residue limits which will have major impacts on Canadian farming, so it is important to understand what is going on in Europe.

Despite being the world’s oldest profession—all jokes aside—farming has come a long way since mankind stopped foraging and formed agricultural communities, to nowadays when it feeds nations.

Although the technology of farming has changed dramatically over the millennia, there’s always room for improvement. The Association of Equipment Manufacturers (AEM) recently completed a study that showed that the use of modern technology, such as precision agriculture, can allow crop farmers to make significant gains in ecological sustainability and save money and resources along the way.

According to the United States Department of Agriculture (USDA), there are three pillars of sustainability for the agriculture industry: 1) reduced environmental impact; 2) increased productivity and yield, and; 3) a better overall economic result.

While easy enough in its scope, it doesn’t work in the farmer’s favour unless all three elements are met.

Said Curt Blades, AEM Senior Vice President of Ag Services, “If a farmer is going to change a practice or invest in a new technology, the economic impact of that action has to be part of the conversation. Fortunately, we now have some rather compelling research that makes it a big part of the conversation.”
The AEM worked alongside the American Soybean Association, CropLife America, and the National Corn Growers Association to determine how it could better-align with the three USDA sustainability pillars.

The study looked at six areas of the crop farming industry where precision agriculture can impact environmentally and economically: productivity and crop yield; fertilizer use; herbicide use; fossil fuel use; water use, and; carbon emissions.

It also examined five areas where precision agriculture can make an impact: auto guidance; machine section control; variable rate; fleet analytics (telematics), and; precision irrigation.
“Farmers are the original stewards of the land and have been doing good things for a long time. Technology now affords farmers the ability to do even more—things that could never have happened before,” Blades stated.

The study’s goal was to determine how precision ag technologies can impact productivity, fertilizer and herbicide application, fossil fuel usage, and water use.

Outstanding In Their Field

It's a win-win for both the environment and the farmers’ bottom line.

“That’s six percent less fuel (used) on a tractor that is likely running 20 hours a day for a couple of weeks straight,” Blades explained. “That isn’t just real money helping the farmer save thousands of dollars in fuel expenses, but (it) has the carbon reduction benefits of taking nearly 200,000 cars off the road.”

Nick Tindall, AEM Senior Director of Regulatory Affairs and Ag Policy said that the same applies to the use of fertilizer, herbicides, water use and crop protection.

More Would Be Better

While the results shown from the study are a great start, the AEM noted that if more crop farmers adopted precision agriculture technologies, even more gains could be realized.
Current precision agriculture technology adoption rates in the United States vary widely by sector, from less than 10 percent up to about 60 percent. However, if there was an adoption rate of 90 percent, the study postulated that there would be even greater benefits:

“Precision agriculture has been talked about for many years,” said Blades. “Any kind of technology adoption must have a compelling reason for the person adopting it. Precision agriculture began making serious inroads when machine guidance and auto-steer came along. Those were technologies that made it easier for farmers to see the benefits.”

Technology waits for no one, but over the past 20 years there has been a steady increase in its usage within the crop farming sector. “Precision agriculture has become almost ubiquitous for anyone trying to derive income from their land,” said Blades. “Most equipment today has some sort of this technology. That in and of itself leads to broader adoption.”

Tindall agreed, “Seeing the gains that are inherent with more widespread adoption isn’t just a matter of convincing more farmers to adopt P.A. technology. It is also about the continued refinement of these technologies. For instance, auto-steer has been around since the 1990s, but it is far better today than it was back then.”

The blowback against more farmers taking advantage of the technologies, of course, is that farmers need to have the money to first invest in it.

And then there’s the issue of the rural landscape simply not having the required infrastructure for the technology to be applied. If you want the GPS to work effectively, for example, a more resolute internet provision must be in place.

THE COMPETITIVE EDGE
While the study does show that precision agriculture technology can provide a noticeable difference to the individual farm, both Blades and Tindall agreed that technology is also about evolving the agricultural industry to become even more productive, sustainable and competitive.

“It is a global market now,” Tindall said. “If today's American farmer wants to continue thriving, it's important to become more efficient. Technology plays directly into that. Precision agriculture technology that delivers both an environmental and economic benefit helps a farmer become more competitive in the international market. Plus, with a strong sustainability message, it helps a farmer maintain access to certain markets.

“Being able to leverage these technologies to sustainably and affordably provide people with quality food is a win for everybody.”

Agroecology: Who's definition is it?

Despite being the trendy buzzword in agriculture, agroecology is defined differently by country and organization. Even Canada has multiple visions.

2 - The number of key ways employers can better motivate employees.

4 - This is the average percent increase in crop production gained by farmers that use
precision agriculture technology.

6.9 - The billion-dollar amount of revenues in the Canadian organic market.

12 - As in the number of grams of carbon dioxide equivalent per megajoule, the expected amount of greenhouse gas reduction by 2030 via Canada’s upcoming Clean Fuel Standard.

34,318 - The total ascent distance—in metres—CAAR Board member Blaine Cochrane has achieved while mountain climbing around the world. That is “ascent” only. He still had to climb down.

42,000,000 - The amount of money the Government of Canada recently invested in the Pest Management Regulatory Agency, raising concerns that the regulatory process has become politicalized.