The State of Canadian Retail Businesses

A deep dive into concerns of farmers and agri-businesses.

The Canadian Federation of Independent Businesses (CFIB) provided its take on the State of Canadian Retail Businesses during the 2022 CAAR Conference.

As most CAAR members are aware, the CFIB has been around since 1971. With 400 employees and 95,000 members, it is the largest business advocate group in the country with offices in every province.
Kerwin said that the CFIB generally lobbies at all levels of government, with some 50 meetings a week with politicians around the country—but has doubled that number since the onset of the pandemic.

Included in its federal advocacy results is Bill C-208, amending the Income Tax Act—specifically the transfer of small business or family farm or fishing corporation. While at one time it used to cost more money to sell to a family member than to a stranger, the CFIB’s lobbying work ensured that is no longer the case.

“Although it has been mostly Covid issues for the past two years,” acknowledged Kerwin, “there have been other issues coming to the forefront.”

Labbie, based out of the Regina office, presented the group’s view on how small businesses and over 6,000 ag members—including farmers, ag retailers, and ag services—are “feeling” at this time during the pandemic.

The breadth of the CFIB’s research capacity involves both weekly and monthly Covid surveys since March 2020, monthly business barometer surveys; and have used its survey capacity to help design, develop and extend Covid-support programs for small businesses during these challenging times.

Labbie indicated that in 2021, 34 surveys were sent; 50,252 comments were received, and 95,145 questionnaires were filled, indicating a high level of activity for the organization and within its constituency members.

“We’ve also surveyed our agricultural members to get their views on the business issues of farming,” she noted.

In a January 2022 Small Business Recovery Dashboard—one issued every month since the pandemic began—it indicated that for the week of January 18-21, 2022, national agri-businesses reported that 75% were fully open (compared to 68% of all small businesses).

Labbie added that the CFIB was pleased to see agriculture deemed an essential service during the pandemic.

One of the organization’s biggest priorities, is getting Canadians back to work—key to small business recovery to move forward.

Labbie noted that small businesses and ag businesses continue to see staffing shortage issues through the latest stage of the pandemic via the Omicron variant.

Unfortunately, these are just the realities of the pandemic.

“Certainly, the pandemic has exasperated the labour challenges that already existed in the labour sector, making things a lot worse in the labour availability,” she summed up. “Finding people to work in the rural areas and in your businesses continues to be a challenge.”
One of the many things the CFIB has been keeping a close eye on, is the debt incurred by agri-businesses because of Covid-19.

Considering all forms of debt, including provincial and/or federal government loans like CEBA (Canada Emergency Business Account) or HASCAP, for example, credit cards, lines of credit, loans from family and friends, unpaid taxes, rents or bills, 57% of survey respondents indicated they had taken on more debt.

For reference, Labbie said that 71% of its small business members took on additional debt.

“Given the data we have seen, it will take small businesses and the economy several years before it can recover,” related Labbie. “We were glad to see that the government extended repayment of CEBA by an additional year to December 31, 2023, giving (all) more time to repay, but still qualify for forgivable portions.”

Just how much debt did small business owners take on? Labbie said data indicated that it averaged out to nearly $ 160,000 nationally—a reason why the CFIB’s message to governments has been to not add any more costs.

“Fourteen percent of our small businesses are actively considering bankruptcy or winding down their business as a result of Covid-19,” she said. While those in the hospitality (28%), and the arts & recreation (23%) sectors were those feeling the financial burden more, 4% of the ag businesses were also considering those measures. Still concerning,” she added.

Specifically concerning the CFIB’s agri-business members, it recently surveyed them for its next policy framework.

The Canadian Agricultural Partnership is set to expire on March 31, 2023, with a new framework set to be in place the next day. “It’s very important that we get this next five-year agreement between the Federal and provincial governments right because it does set the tone for priorities in the agri-business sector,” she noted.

For 2022, agri-businesses, not surprisingly, indicated that rising prices via inflation and supply chain issues were the top concerns.
Rising fuel, food and insurance costs led the way with 90% feeling it would be a challenge for them; 76% were concerned about supply chain challenges; 70% were worried about the government increasing other costs for agri businesses.

Other concerns included: labour shortages (59%); government red tape (53%); cost of Covid-19-related business reductions and/or lockdowns (38%); health impacts to self or others (30%); own financial situation of business (18%); competition from online big business for customers and/or staff (12%); and keeping up with customer demand (13%).

“We really wanted to gauge our members feedback on what priorities governments have in the next policy framework,” she stated. “It was interesting to see that 52% of our members do not find the current Canadian agricultural partnership to be effective at improving the competitiveness of their agri-business.

“We wanted to focus on what the government should focus on in the next five-year agreement,” she continued. “Reducing the total tax burden for agri-businesses, increasing the focus on regulatory reform by reducing the burden of government regulation and red tape… had a lot of impact on our farm members.”

Labour shortages are also a concern, Labbie added, and that the CFIB wants the policy to address that. “We’re seeing studies that estimate there could 125,000 job vacancies in the agri-food sector by 2029.”
A recent CFIB labour shortages report provided a number of recommendations: streamlining and refining the temporary foreign workers, immigration processes, training, hiring under-represented groups, stimulating automation in agriculture—no silver bullet solution, but plenty of options nonetheless.

“We recently collaborated with Telus,” she continued, “and found that rural Canada could very much benefit from 5G connectivity—we’ll continue to push that as well.”

An important stat that really stands out, revealed Labbie, is that 77% of agri-businesses question whether their children should take over the family business, and that 86% believe that governments should consider the financial impact of new policies and regulations on agri-businesses before implementing them.

“It’s really a challenge for farm succession,” Labbie said. “We want to encourage that next generation of ag entrepreneurs and farmers to take over the family business and enter the industry.”
The federal carbon tax is a perfect example of the burden some of the CFIB’s members are facing, she noted. She said that Canadian farmers and agri-businesses are already leaders in being stewards of the land and protecting the environment.

“We have a lot of leadership,” she said. “Agriculture can be part of the solution, and not part of the problem, and it’s one of the reasons why we are very concerned about the Federal carbon tax.”

Despite the leadership shown by farmers in adopting practices that protect the environment, the CFIB noted that agri-businesses are seeing rising costs from the carbon taxes, paying over $45,000 per annum (mean average) per a 2020 survey when the carbon tax was set at $20/tonne.

“Our latest research indicates that this has tripled, and it’s hard to imagine what these costs will be in 2030 when it’s $170/tonne,” she said—though we advise that her guesstimate dollar figure was meant to be a snide commentary on ever-rising costs, and was not stated as a fact.

However, she said, there has been some encouraging news on this front.

“Recently, the Federal government recognized that this is a problem, and announced a refundable tax credit rate in the fiscal update in December,” offered Labbie. “We’ve also seen a (recently introduced) private member’s bill, C-234, that would expand exemptions for propane and natural gas used to dry grain, heat cool barns—it’s something CFIB will be supportive of.

“We know that farmers can’t pass these costs on to their customers, so the majority of them are going to have to just eat these costs.”
Regarding the potential impact of proposed fertilizer emissions reduction targets, CFIB queried its membership to respond to the following question: If the federal government required your agri-businesses to reduce its use of nitrogen fertilizer by 20 percent, what impact would such a measure have on your agri-business? Able to select multiple options, they said:
• 72% - the yield of our crops and overall food production will be reduced;
• 60% - it will reduce the profitability of our agri-business;
• 56% - we will be less competitive;
• 42% - it will be challenging as we have already reduced our fertilizer use;
• 31% - we would adopt new technology or other practices to reduce fertilizer use

While an additional 7% had another option in mind, 6% either didn’t know what they would do or were unsure.

“This proposal certainly has created some concern among our farm members and some of our ag services and ag input retailers,” she noted. “If Canada went the route of some other jurisdictions, and required the farmer to reduce the use of nitrogen fertilizers by 20%, there’s an impact there.”

The membership responses certainly reflect that concern. “I think the conversation certainly needs to be around – what is the end goal?,” she offered. “We need food production and food security in this country.

“Many of you are involved in the fertilizer (sector), and we are aware that proposals like this cause uncertainties in your business, so we will certainly be keeping an eye on this as well.”

“It’s been a challenging year for many producers across the country, and it’s important that these programs are accessible, timely, and responsive,” she noted, adding that these results will be forwarded in the CFIB’s submission to federal and provincial governments.

She said that the CFIB needs to protect some of its victories, such as the introduction of $500,000 Lifetime Capital Gains Exemption (LCGE) from 1985; the 2015 increase to the LCGE to $1-million for farm and fishing businesses that reduced taxes by $50-million between 2015-2020; the dropping of plans in 2017 to limit access to LCGE after receiving pushback from a CFIB-led coalition—including 15 ag groups; and a new law passed in 2021 to make it more fair to sell a business to a family member, providing up to 20% in savings (Bill C-208).

“Even before the pandemic hit, almost ¾’s of businesses were considering exiting their business by 2028,” she explained. “This means that approximately $1.5-trillion of assets will need to be transferred to the next generation of entrepreneurs.”

CFIB is calling on the federal government to honour the spirit of Bill C-208 – it’s a victory for farmers and small business owners, she said.
To learn more about how the CFIB can work with you, visit https://www.cfib-fcei.ca. 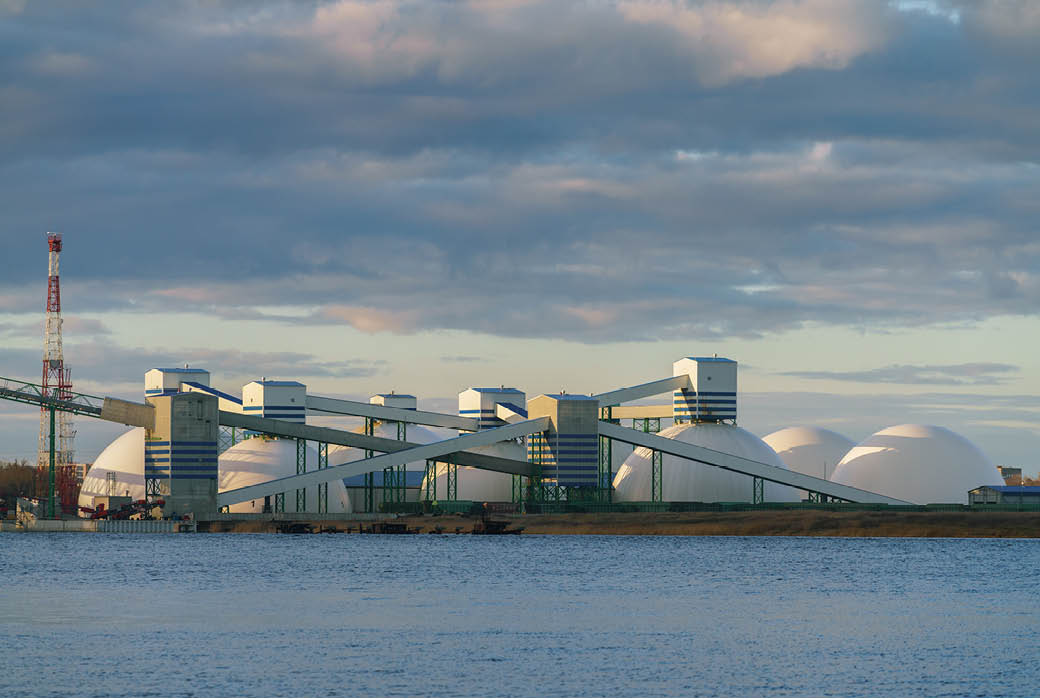