Herbicides are valuable assets in a grower’s integrated weed management strategy, some would argue the most valuable. However, more growers across Western Canada are dealing with herbicide resistant weed populations that persist despite changing weed control strategies.

As weeds develop resistance, growers should switch their herbicide mode of action. But, according to Wendy Leeds, lead agronomist with Sharpe’s Crop Services in Moosomin, Sask., switching herbicides is difficult for her customers because of the limited modes of action available for in-crop control of wild oats, the most prevalent weed in her area.

“For years, there have really only been four wild oat modes of action, with Groups 1 and 2 being the most heavily used,” says Leeds. “Even if you try to rotate them, that doesn’t give you very many options for your rotation.”

Although she says the recent introduction of another mode of action, Group 15, has improved the situation from what she calls a previously “bleak” state, Leeds says it still doesn’t take long for growers to use up their options, leaving them without a viable mode of action for in-crop weed control. “It’s just very frustrating, because it’s very limiting,” she says.

One of the ways retailers and their agronomy teams can help their customers slow herbicide resistance and maximize available modes of action is by encouraging the incorporation of older products into a herbicide layering program.

Herbicide layering refers to using multiple modes of action in the same growing year, typically a pre-emergent chemical, a pre-seed burndown and a post-emergent treatment. When weeds are exposed to different chemistries throughout the season, it can slow their resistance to modes of action.

“We are trying to talk more about layering herbicides with our customers to control wild oats,” says Leeds. “By starting off with a pre-emergent and then layering with your Group 1 or 2 in-crop, the idea is that you will get some activity with all of the groups instead of just using the same one all the time.”

Garth Render, general manager of Gowan Canada, recommends all growers add a pre-emergent Group 3 or 8 product, like Gowan’s Avadex or Edge respectively, into their rotation once every four years as a base layer for wild oat control. Most wild oats have not encountered Groups 3 and 8 for many years, therefore they can be an effective tool for growers facing Groups 1 and 2 resistance.

“Growers need to use as many different chemistries on each weed species as possible,” he says. “Groups 3 and 8 represent two significant herbicide groups that are not being used on most farms today, and growers have to get them in the fight.”

According to Render, growers who don’t currently have resistance on their land can benefit from using Groups 3 and 8 products before herbicide resistance becomes a large-scale problem for them.

“Those are the growers that can benefit the most from using our products. By using Avadex and Edge in their rotations, they can slow the growth of resistance on their farms significantly and maintain the efficacy of their Group 1 and Group 2 tools for a longer period of time,” he says.

Gowan Canada recommends adding Groups 3 and 8 products into a grower’s rotation once every four years to slow the development of herbicide resistant biotypes. “This number will also extend the life of our products by not overusing them,” says Render.

Although Leeds says layering with pre-emergent products is proving to be effective, there are some challenges getting growers en masse to adopt the strategy.

“Because pre-emergent chemicals are applied either in the fall or spring, if herbicide resistance isn’t a priority for producers, they may just get too busy and not want to take the time to go through the logistics of a pre-emergent,” she says.

According to Render, because most of Gowan’s pre-emergent formulations are granular, some growers could be turned off the products if they lack the necessary equipment for application. For those growers, he recommends investing in high-volume equipment that can help them apply the required number of acres in a day. Another factor he says, unsurprisingly, is cost.

“There’s a perception that Avadex and Edge are expensive, but the value they bring for slowing the development of herbicide resistance is extremely high,” he says. “On top of that, extensive research has shown that the addition of a pre-emergent herbicide reduces early-season weed competition, which more than pays for the investment in the herbicide through increased yield.”

“I still have quite a few growers in my area who don’t want to admit it’s a problem,” she says. “But, at Sharpe’s we are talking about resistance all the time. Because we keep talking about it and the industry is talking about it, producers are starting to become more open to the ideas and they’re adopting them – slowly.”

Waiting for this problem to develop further doesn’t make any sense, economically or agronomically.
Garth Render

When herbicide resistance is truly a priority, Leeds says growers are willing to do whatever they can to get the most value out of their modes of action, including making equipment and chemical investments and adjusting their schedules.

To help them get to that point, she says it is important for retailers to keep having conversations with their customers about herbicide resistance and the value of taking steps to preserve modes of action.

Render also emphasizes the importance of raising awareness among growers and reinforcing the value of incorporating pre-emergent chemicals into a layering system, before the situation deteriorates. 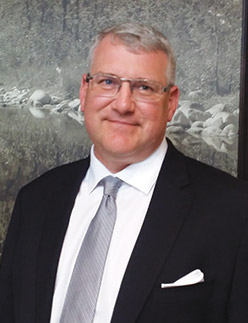 “Growers can paint themselves into a very small corner. Ag Canada weed survey results suggest that we’re moving in the same direction as Australia and the UK,” he says. “In those countries, growers have lost multiple modes of action on some significant grassy weeds.”

According to Render, the complete loss of these modes of action has more than tripled the cost of weed control in some cases. He says there is no time like the present to take action and avoid this becoming a reality for
Canadian growers.

“Waiting for this problem to develop further doesn’t make any sense, economically or agronomically,” he says.

“That goes for the growers, the retailers and the rest of the industry. We need to take action now.

Read more on herbicide resistance in "A Growing Problem," originally featured in the April 2018 Communicator.