As the recognized voice for retail, CAAR advocates on behalf of all of Canada’s ag retailers to ensure that their voice is represented consistently and ethically with regulators, industry groups and to the public.

MISSION: To enhance the business of Canadian ag retail.

VISION: To be a partner of value and necessity for all Canadian ag retailers.

The Canadian Association of Agri-Retailers is celebrating its 25th anniversary of industry support and to thank our members for their commitment over the years, we are sending one complimentary 25th Anniversary book to each member who has renewed their 2020/21 membership.

The 25th CAAR Anniversary book highlights the history of CAAR and its involvement and support in the Canadian agriculture industry, this is a great piece to display at your office and show you’re a proud member of CAAR.

25 YEARS OF SUPPORT IN THE CANADIAN AG INDUSTRY

CAAR was originally established to unite ag retailers from coast-to-coast and speak as one unified voice with politicians and members of the public. Just as the agriculture industry has had to evolve, so too has CAAR and its membership.

While CAAR focused primarily on lobbying, communications and the annual convention in its early years, the focus was later expanded to include items such as safety standards and training. Today, CAAR’s focus has once again shifted as it is faced with a list of issues that includes industry consolidation and more stringent government regulations.

While CAAR has undergone significant changes over the past 25 years, one thing that has remained the same, its commitment to protecting and promoting the interests of all Canadian ag retailers.

CAAR represents ag retailers who actively support Canadian growers in the production of the highest quality food possible by protecting food quality, farm productivity, and the long term sustainability of our industry. 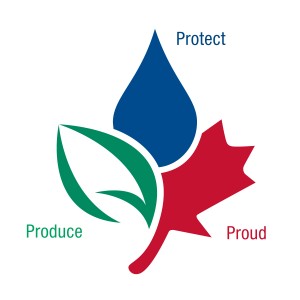 CAAR’s purpose and values can be summarized in three words: Produce, Protect, Proud. As the only Canadian national ag retail association, we produce programs and services, protect members’ rights and interests and are a proud, active supporter of the Canadian agriculture industry.

CAAR produces a valuable conference among other quality networking opportunities, continuing education programs, and communications to enhance the business of ag retail.

CAAR protects the rights and interests of their members as a recognized voice of Canadian ag retailers.

CAAR is proud to be an integral part for ag retailers and an active supporter of the agriculture industry.