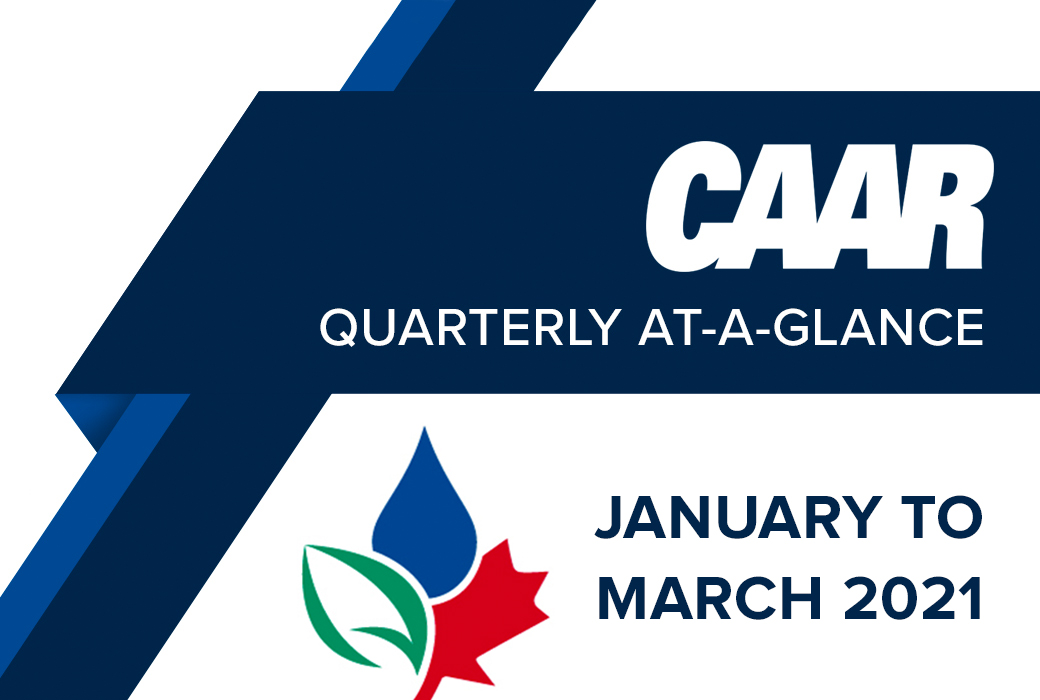 As Director of AgCareers.com and CareersInFood.com, Kathryn Doan works on leading and developing companies’ business offerings and connecting people to career opportunities across the whole ag value chain.

The business environment is changing for Canadian agribusiness, and so too membership associations are being driven to change to accommodate members. Agribusinesses are increasingly beginning to scrutinize which associations they choose to be part of and support. This has more to do with their time constraints and value added, rather than annual dues and participation costs. Selection of membership associations is now more based on alignment with members’ strategic goals and representation and support of the ag industry.

The Value of Ag Tech to the Retail Channel

At the 2021 Canadian Association of Agri-Retailers Conference, Todd Ormann recently spoke about his business and commercial development with global Telus Agriculture partners and the value of ag tech to the retail channel.

Keeping up with the times means we reach out finding sources of information that we otherwise would not be on the receiving end for. While these efforts are not new, they seem more intense than it was in earlier days.

I started with TerraLink (formerly Coast Agri) the Fall of 1979 fresh out of UBC and for sure the industry in BC was a lot different back then. We did not use the word networking and the main source of information was from fertilizer manufacturer sales representative visits once or twice a year and phone calls in-between.

When the WFCDA took shape, our general manager got involved and that opened dialogue with people who we would otherwise not get to know. We needed to cross paths with people from different parts and ends of the industry and hear their stories so we would be able to keep up with the industry and its regulators. We kept in touch with the WFCDA and then CAAR through the messaging, the Communicator and by attending Conference.

These days CAAR, its members, speakers and editorial are the voice we hear, and proudly it is our collective voice, it is a valued source and it is a priority. Would that be any different if TerraLink was a multi-plant business with locations spread over hundreds of thousands of farm acres? I don’t think so. CAAR represents us all. The way we see it the bigger the business the greater is the need for friends in the right places to match.

Am I passionate about CAAR? Good question. I am passionate about agriculture, soils, and crops. So, let’s say passion is already taken. I am motivated about CAAR. Here is how I see it. TerraLink is part of a big industry, and we are a small fish in what is a big lake. For TerraLink we could never meet all these interesting people and experience the speakers, forums and trade shows if we were off our own. Being a member of CAAR is a small investment for a big benefit. For much less than the price of a hockey game, hotel, and a fun night out, we can be a member of CAAR for a year. I’ll take the game too but with CAAR I get my industry advocate on the line any time I want. I can call the office and talk to the executive director or call a board member.

The CAAR office will do whatever they can for a member, the website is good, and we have a great Conference of good times getting informed and networking. If I hear, “why join CAAR”, I say, “Why Not? There’s nothing to lose and lots to gain!”

The first time I attended a CAAR Conference, at the big auction event in Banff at a frontier village, I noticed Dennis Bulani from The Rack was buying half the stuff. I was gob smacked. It turned out he needed all those things anyway for his business so why not buy them at the auction! CAAR got the benefit. Both win.

As a business that wants to be relevant, I needed to see a bigger picture. Management’s job at TerraLink is to run an ag retail, be focused and profitable. We don’t have time to be an advocate or lobby the regulators. That is what an industry association does for its members. It’s simple.

The other day I was asked what issues CAAR was advocating for. Here is what I am aware of, and I’ll say it, it can be bit sobering. Here I sit in my house trying to be cool when it is 44c outside in the shade at 4pm. That’s 111f. The highest I remember was 101f back in the ‘60s. We didn’t just beat the record, we obliterated it.

The local raspberry crop just started to ripen, and a large portion of the industry got toasted plants and a lot of sun scalded white berries. I am not saying anything one way or the other about the climate change argument, but in my lifetime, I have never experienced these temperatures or this type of crop damage. Whatever is causing it, it is real and seems to have a lot of consequences tied to it. It is not becoming a problem, it is a problem.

CAAR is involved with the latest CFIA initiatives to reduce agriculture’s contribution to our country’s nitrous oxide gas emissions and the impact of the nitrogen and phosphorus that leak out of the rhizosphere into ground and surface waters causing ecological problems.

Several industry groups including CAAR are working with the CFIA asking us to help come up with responses and solutions, help them hone the means to the end. How does an industry contribute its voice? By being one of the go-to players that the regulators call on and that is what CAAR is at this time!

On the bigger global scale, CAAR is involved with other national industry groups responding to the UN initiatives regarding sustainable and regenerative farming related to climate change, world hunger and the rights of everyone to food security, and more. No doubt we are all for a better world.

The ‘but’ is, if the UN, (apparently with the EU already onboard for its jurisdiction) aim to organize a sizeable shift towards organic agriculture in Europe, create fast reductions in pesticide use (see feature article on page 16), food security to each person around the globe, and so forth they need to be ready with a plan to keep that food on the table and the ways and means to do it.

To a Canadian ag retailer this sounds not doable and extreme. This an example of how the voice of mainstream agriculture is essential to bring real world perspective to the topic. Industry organizations like CAAR and Fertilizer Canada are key players to bring this message to those who need to hear it.

What is CAAR’s approach, our outlook? We firmly believe that the Canadian ag retail industry can meet the challenges as they are set before us. At the top level, Canada wants to be a global leader to tackle the issues by example. The challenge is for us as an industry to be even more current and deepen our approach as much as possible which includes values like more sound science, more precision agriculture, furthering existing sustainable soil conservation practices and our ability to change on the fly so that Canada can reach its targets.

We (CAAR) are speaking up already, helping define the targets and challenging some of the messages we hear. Some of this is already happening. There is also good stuff coming out of the changes. Agri retailers will find themselves more deeply involved in soil sampling and applications for precision agriculture but for somewhat different reasons that relate to new crop nutrition management initiatives to help deal with the eutrophication of waterways and gassing off issues. As many already know, selling more polymer coated and stabilized products to achieve these goals is in the works.

Canada is a very large country with huge resources and a relatively small population that can pull the weight of a much larger nation. Who better to be an example, achiever, set some goals and get it done? Together with our industry partners CAAR is moving ahead with timely responses, delivering the message, advocating for ag retail. Now then, if you are still listening, don’t you want to be a member of CAAR? We get all this for the price of a hockey night out.

As Director of AgCareers.com and CareersInFood.com, Kathryn Doan works on leading and developing companies’ business offerings and connecting people to career opportunities across the whole ag value chain.